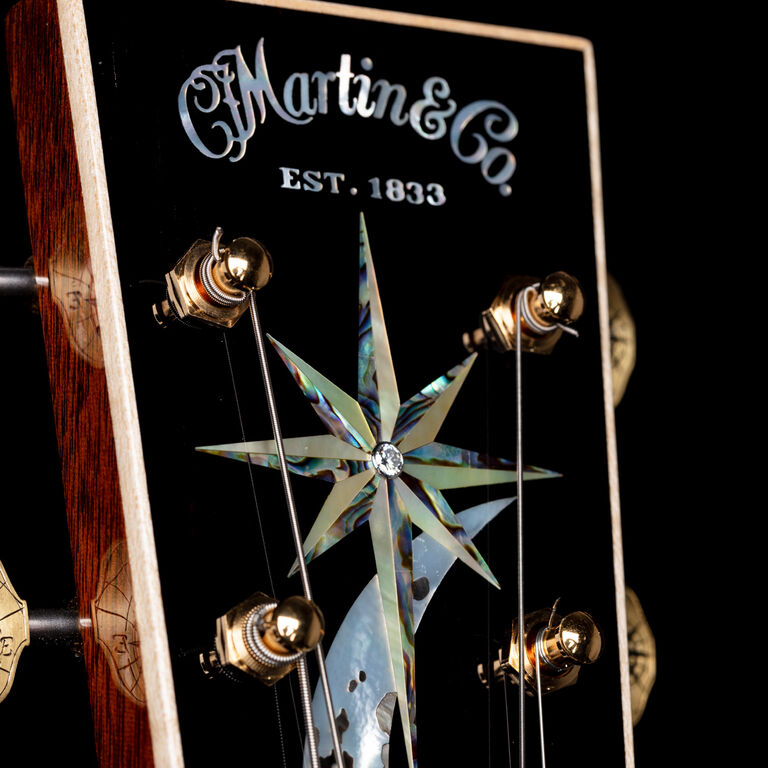 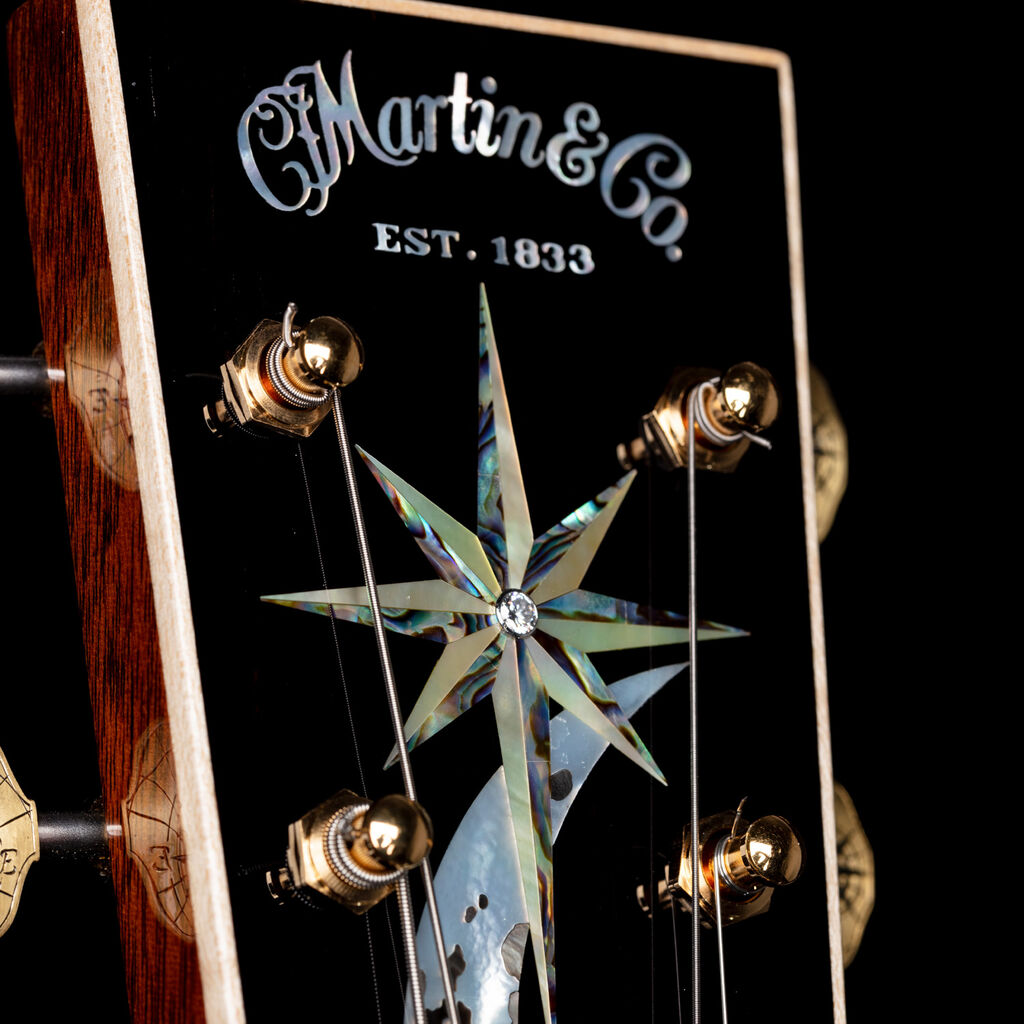 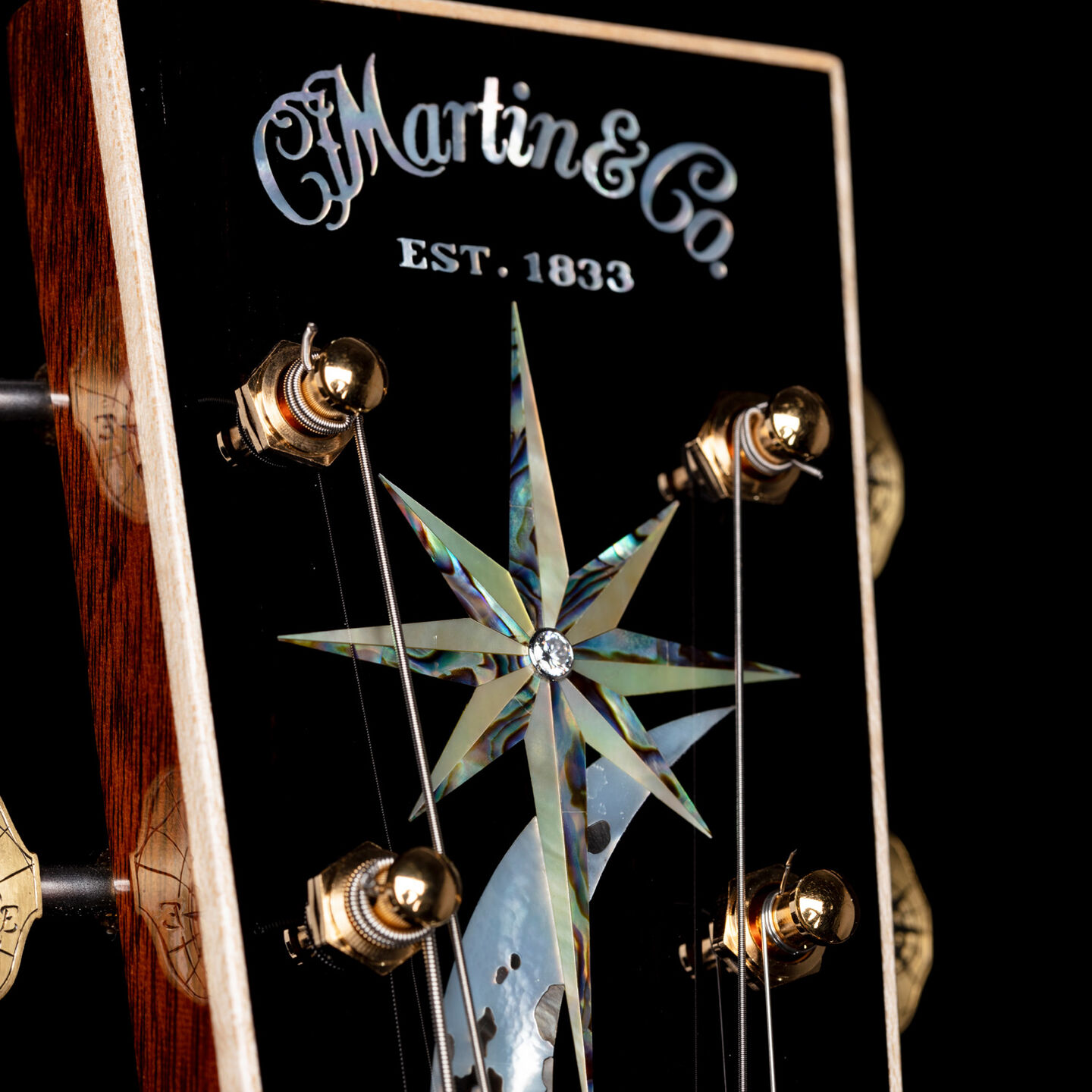 As of 2022, Martin has produced 2.5 million guitars. In honor of this milestone, the instrument design team offers one of its most stunning masterpieces–the Custom D-2.5 Millionth.

"The family business has been around for nearly 190 years... It's really important that we acknowledge the work! We make a lot of good guitars and that's what separates us from everybody else." 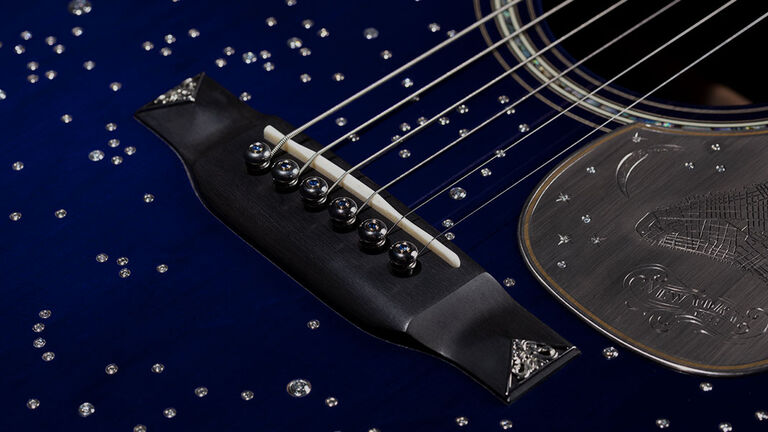 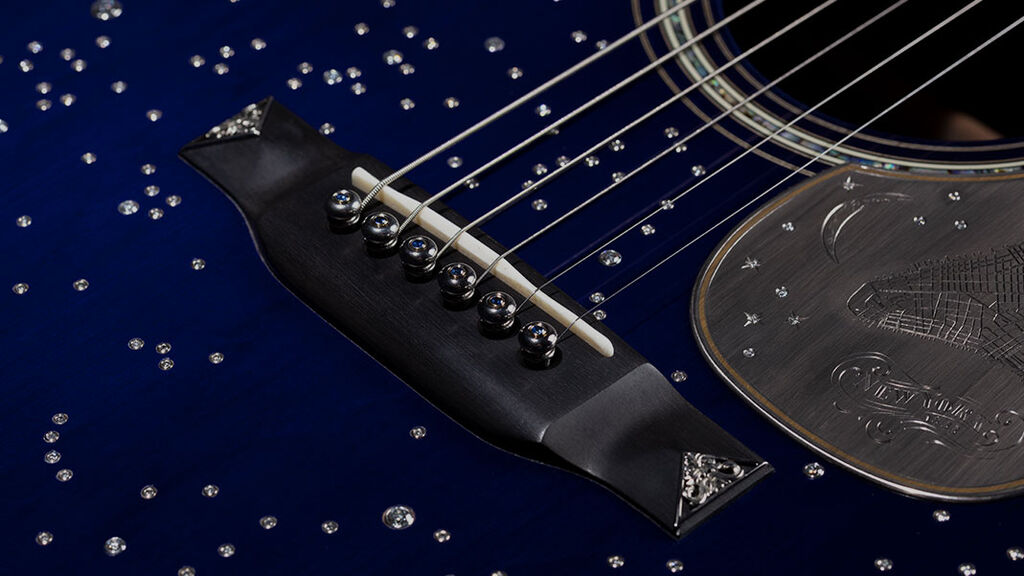 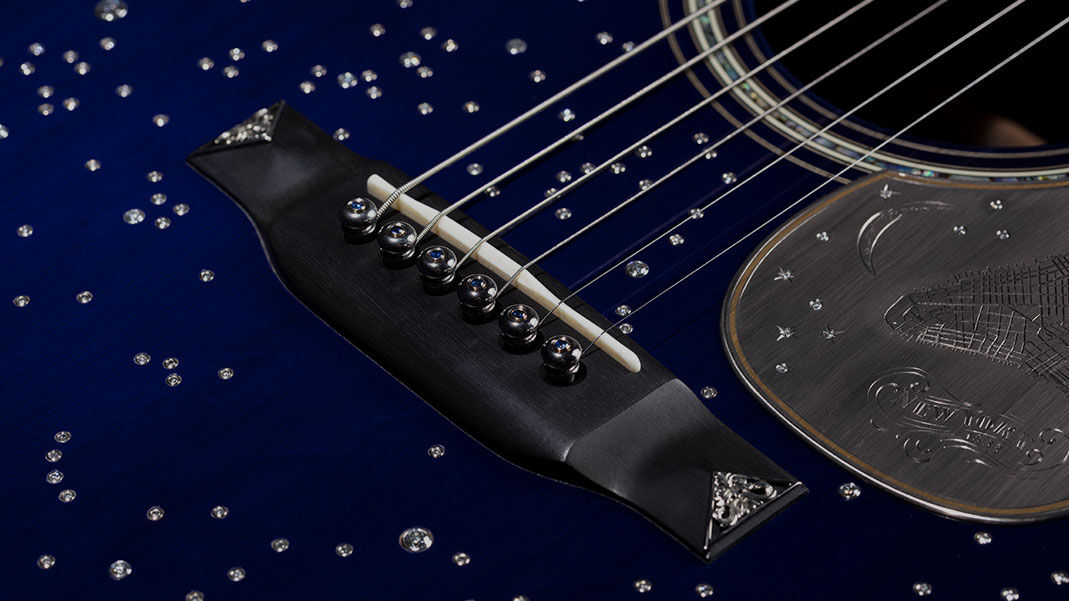 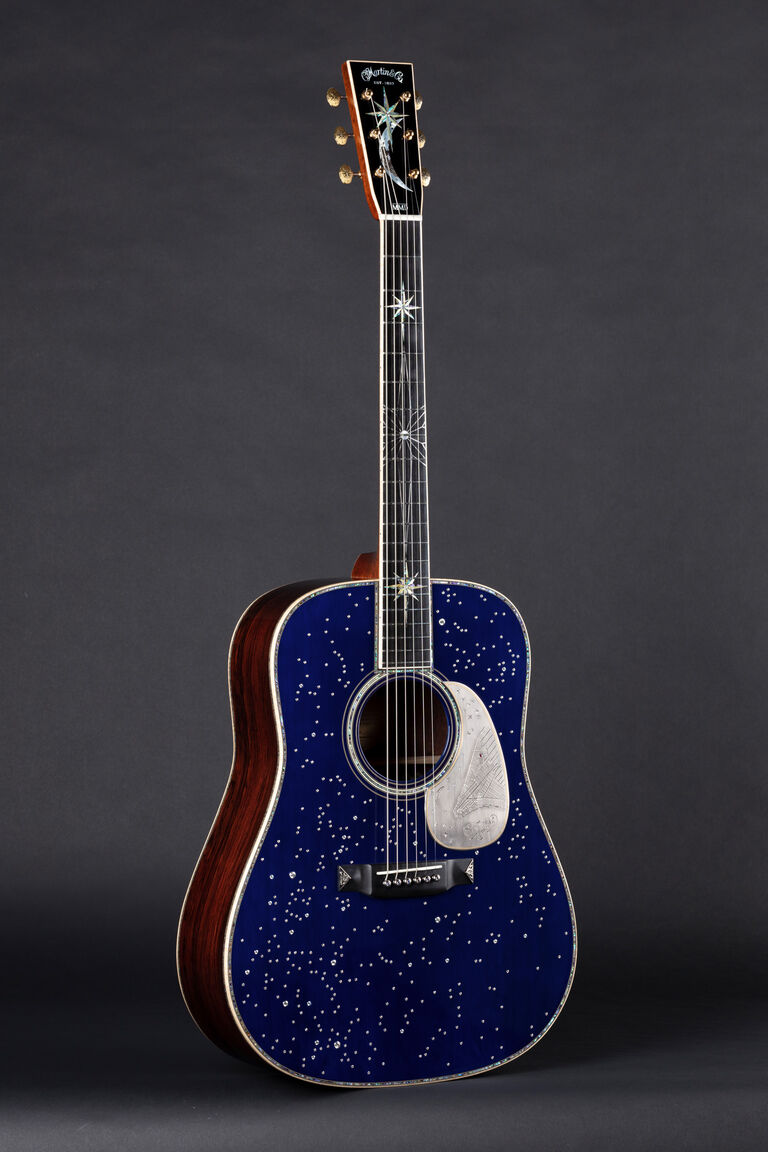 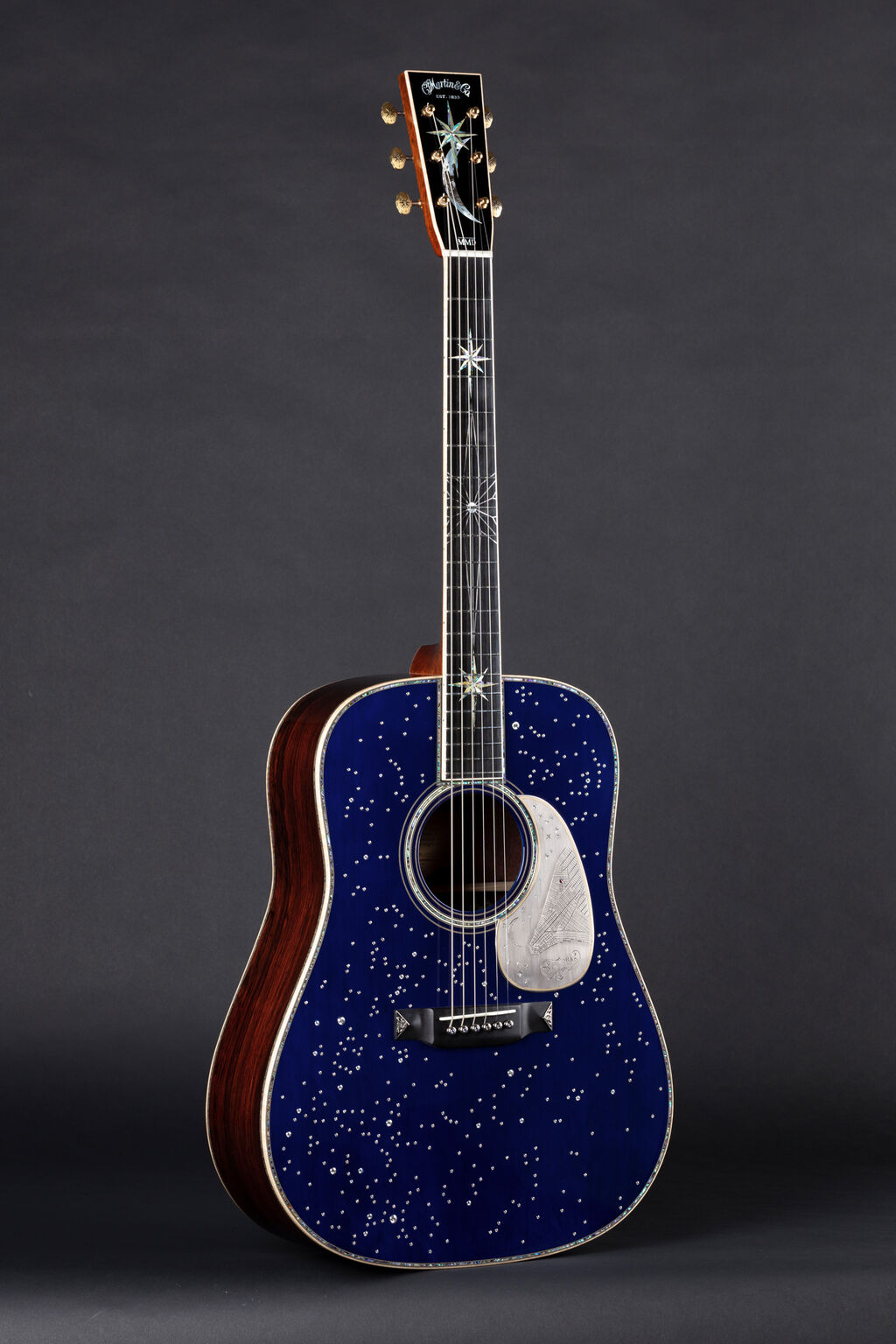 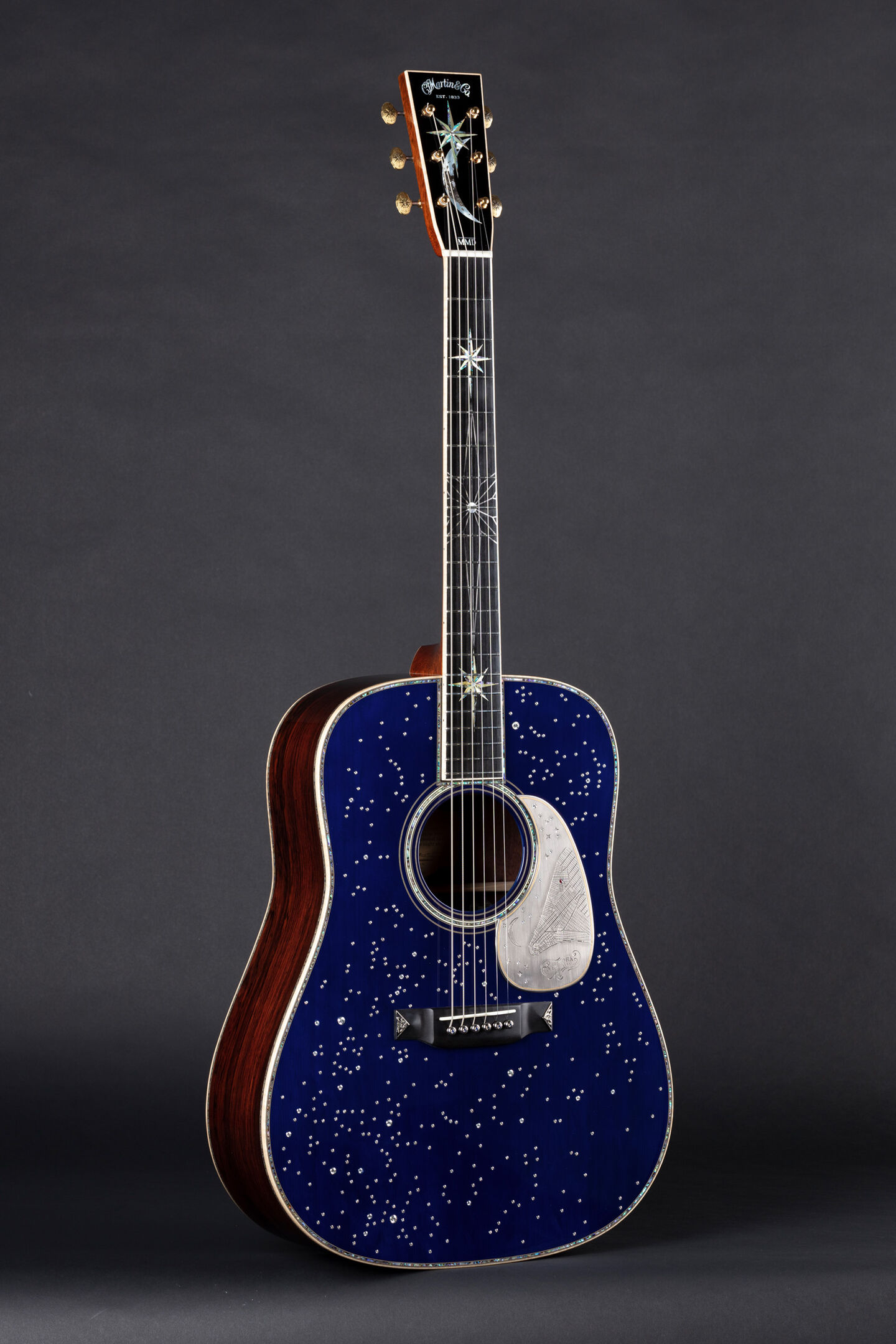 C. F. Martin & Co. has been family owned and operated since the first guitar came off Christian Frederick Martin Sr.’s first workbench in 1833.

As of 2022, there have been 2.5 million guitars produced. In honor of this milestone, the instrument design team offers one of its most stunning masterpieces – the Custom D-2.5 millionth – which will live in the Martin Museum in Nazareth, Pa. The entire theme of the guitar represents Christian Frederick Martin Sr.’s transition from Germany to America.

The team partnered with Chris and Diane Martin’s personal jeweler, Gary Werkheiser of Werkheiser Jewelers Ltd., to incorporate precious gemstones arranged in the form of a star map that honors the day that Christian Frederick Martin Sr. stepped off the boat in New York City on November 6, 1833. The gems that adorn this milestone guitar include 436 diamonds, six natural sapphires, and one ruby, for a total weight of 21 carats. It’s the largest piece the jeweler has ever worked on.

Beyond the constellation layout, the team selected special Belizean rosewood from Hearne Hardwoods that includes birds’ eyes throughout the grain, which, in essence, replicates what you might see in the sky. The team decided to let the natural beauty of the wood stand alone on the back of the guitar.

The headstock and fretboard include a Star of Bethlehem that looks like a compass rose, which aligns with the navigational theme of the instrument. It also incorporates precious metals into the fingerboard, including platinum wire inlay.

The pickguard is made of palladium, and it includes a map of New York City from the 1830s showing the area where the original shop was located, with the shop’s location marked with a ruby. The pickguard includes a 24k gold fillet inlay border.

The bridge is also unique, combining a pyramid bridge that would have been used in the past and a modern belly bridge that is used on our modern instruments.

Martin also created one replica of this guitar (serial #2,500,001) that will go to one lucky buyer. The replica was crafted with special Brazilian rosewood from Chris Martin IV’s personal collection, which has been in storage for many years awaiting an extraordinary project like this one.